What is E-Learning localization? A 4-Step Guide 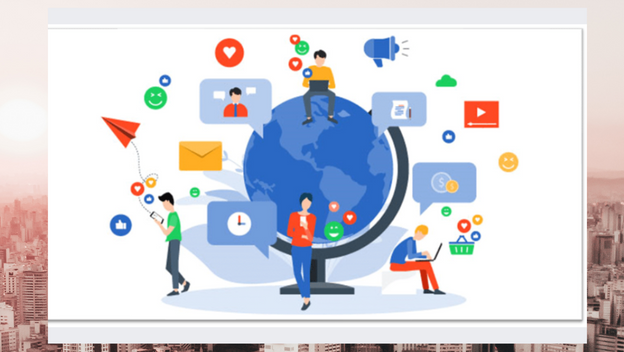 The 21st century has seen a shift in the way people connect and communicate globally. Virtual meetups, online courses, on-demand training videos, and online degrees have become even more important after the rise in remote learning as a new norm. However, there are a few challenges that institutes and workplaces are facing in this new era of E-Learning like having multiple languages, including cultural contexts, and creating customized learning experiences. Also, to increase engagement and retention, businesses must use a tone that is consistent with their brand.
So how does localization for eLearning fit in?

Difference between E-learning Localization and E-learning Translation
E-Learning has become a cost and time-effective method for businesses to reach a wider audience and localization of this content is a critical part of the process. To be effective, this content—whether it be coursework, tutorials, or entire online modules—must be well-produced, interesting, and multilingual.
Although more than 90% of learners prefer to study in their mother tongue, the process involves more than just translating course materials from one language to another. Translation merely provides the content in a different language while localization customizes the course to the target audience and culture. It also entails changing or adapting the fonts, currencies, dates, tones, measurement units, and other crucial information. Localization of E-learning material ensures that the learner or employee understands the intended meaning of the course content in their cultural context.
Importance Of Localizing E-Learning Content:
Localization takes into account cultural differences that might be offensive. For example, red in India represents beauty, love, wealth, and purity. In contrast, it stands for mourning in South Africa (the red portion of the national flag symbolizes the bloodshed and sacrifices made during the country’s struggle for independence). Yellow represents resentment, betrayal, weakness, and discord in France, but it represents bravery and wealth in Japan. This example shows how localizing eLearning is important, as it takes into account the cultural quirks and adjusts the course to the audience’s culture.

Additionally, localization eliminates culturally specific gestures, fonts, audio narration, and symbolism. For instance, a lot of Western countries favor a casual tone in classes, whereas a lot of Eastern nations favor a formal tone. Understanding cultural nuances enhances the learning experience by preventing misunderstandings and making eLearning content more relatable and relevant.
Steps for effectively localizing E-Learning content
1. Understanding the Audience:
Without a thorough understanding of your target audience, it is impossible to successfully localize your text. Before your team starts working on the content, conduct extensive research on cultural preferences, and accepted tones to ensure they are successfully implemented. You may miss the mark and fail to engage your audience if you do not understand them. Other factors to consider is to include the geographical, psychological, and behavioral demographics of your target audience. Words and images can be used to maximize engagement as per these demographics. Take into account dates, currencies, and times. It is easier and less expensive to research and address these issues early in your localization strategy.
2. Choose the right language
Once you know who your target audience is, you will have accurate data on the common language used by them. By focusing on the most widely spoken languages, you can ensure that you will reach a large portion of the available market. English, Mandarin, Spanish, Russian, and French are among the top 30 most widely spoken languages.
3. Focus on both – Design and language:
When it comes to localizing your eLearning content, videos, graphics, and images are just as important as text.
For instance, assume you are planning a body language training program for a global sales team. A picture of a salesperson smiling as he or she shakes hands with a customer will most likely be included in the course designed for North American learners. However, if the customer and the representative were in Japan, the photograph would most likely show them bowing rather than shaking hands.
Another aspect to consider is which fonts and styles are popular in the market, and keep in mind that some fonts are not recognized or supported by all languages. Keeping this in mind helps to avoid problems later on.
4. Localizing audio content:
To better explain and contextualize on-screen text and graphics, many eLearning videos, modules, and slideware include voice-over narration. The same principles of localization apply to your recording script. However, other quality considerations come into play with voice narration, such as whether your narrator is a native who can speak in the correct tone of the target audience while fitting with your brand’s tone
Although translating your eLearning courses will improve performance, going the extra mile and localizing them will always result in greater knowledge acquisition and retention. Because when each element of the eLearning course is tailored to the intended audience and their culture, learners will be better prepared to apply what they’ve learned on the job.

We hate spam and you can unsubscribe anytime.

Page load link
We use cookies on our website to give you the most relevant experience by remembering your preferences and repeat visits. By clicking “Accept All”, you consent to the use of ALL the cookies. However, you may visit "Cookie Settings" to provide a controlled consent.
Cookie SettingsAccept All
Manage consent

This website uses cookies to improve your experience while you navigate through the website. Out of these, the cookies that are categorized as necessary are stored on your browser as they are essential for the working of basic functionalities of the website. We also use third-party cookies that help us analyze and understand how you use this website. These cookies will be stored in your browser only with your consent. You also have the option to opt-out of these cookies. But opting out of some of these cookies may affect your browsing experience.
Necessary Always Enabled
Necessary cookies are absolutely essential for the website to function properly. These cookies ensure basic functionalities and security features of the website, anonymously.
Functional
Functional cookies help to perform certain functionalities like sharing the content of the website on social media platforms, collect feedbacks, and other third-party features.
Performance
Performance cookies are used to understand and analyze the key performance indexes of the website which helps in delivering a better user experience for the visitors.
Analytics
Analytical cookies are used to understand how visitors interact with the website. These cookies help provide information on metrics the number of visitors, bounce rate, traffic source, etc.
Advertisement
Advertisement cookies are used to provide visitors with relevant ads and marketing campaigns. These cookies track visitors across websites and collect information to provide customized ads.
Others
Other uncategorized cookies are those that are being analyzed and have not been classified into a category as yet.
SAVE & ACCEPT
Go to Top