Why localization is important to survive in interconnected business world? 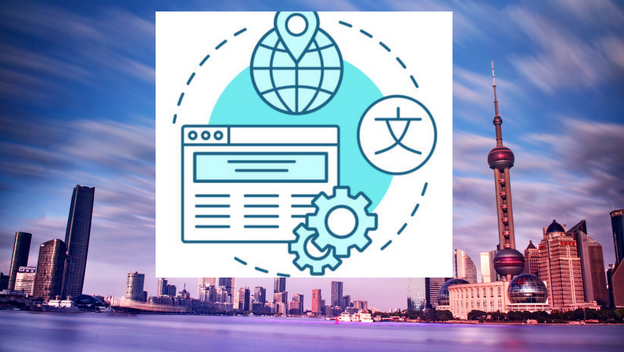 Since few decades, if you have observed carefully, there is a gradual decline in the importance of English and world languages are raising as business languages. As a proof, you will also see blooming of foreign language and the can be attributed to other countries’ economic growth. Because of its sheer size, China, for example, has always represented a massive potential market. It is now stepping into the limelight and playing an important role on the global stage. Other regions in Asia, Africa, and Oceania are expanding their influence in the global digital landscape. And this is not the end of the story…

We have compiled important statistics and facts from internet that make it clear that your company’s ability to survive and thrive in the global marketplace greatly depends on your ability to embrace new cultures and languages. This will help you understand why localization is important for surviving in today’s interconnected business world. Localizing your product to suit new markets will increase your consumer base as well as your business’s growth and profitability. Let’s begin.

According to https://www.internetworldstats.com/stats.htm, 54.9% users browse internet from Asian countries. Therefore, you might think about heading in the direction of the Asian markets if you want to establish your business in foreign seas to reach more individuals. As you are aware, not all Asian countries prefer English as their primary language for business communication as well as marketing. You cannot think of entering these marketing without adding localization approach. Same case exists for European countries where the number might be less but the penetration rates are much higher.

In non-native English-speaking nations, internet usage has been increasing at an amazing rate. In order to accommodate linguistically diversified users who are responsible for more than half of all Google queries that are generated in languages other than English, search engines have also undergone a significant evolution over time.

Although most of the internet content is in English, many internet users do not speak or read the language. Approximately 40% of internet users will never buy from websites that are not in their native language and will simply stay on your website if you localize the content into their native tongue.

To summarize, after reading all the above statistics and facts, you must have understood the gravity of the market situation and immense urge to talk to people with context to their own lifestyle and culture. Localization is and going to play prominent role in customer engagement and business growth in the near future.

Page load link
We use cookies on our website to give you the most relevant experience by remembering your preferences and repeat visits. By clicking “Accept All”, you consent to the use of ALL the cookies. However, you may visit "Cookie Settings" to provide a controlled consent.
Cookie SettingsAccept All
Manage consent

This website uses cookies to improve your experience while you navigate through the website. Out of these, the cookies that are categorized as necessary are stored on your browser as they are essential for the working of basic functionalities of the website. We also use third-party cookies that help us analyze and understand how you use this website. These cookies will be stored in your browser only with your consent. You also have the option to opt-out of these cookies. But opting out of some of these cookies may affect your browsing experience.
Necessary Always Enabled
Necessary cookies are absolutely essential for the website to function properly. These cookies ensure basic functionalities and security features of the website, anonymously.
Functional
Functional cookies help to perform certain functionalities like sharing the content of the website on social media platforms, collect feedbacks, and other third-party features.
Performance
Performance cookies are used to understand and analyze the key performance indexes of the website which helps in delivering a better user experience for the visitors.
Analytics
Analytical cookies are used to understand how visitors interact with the website. These cookies help provide information on metrics the number of visitors, bounce rate, traffic source, etc.
Advertisement
Advertisement cookies are used to provide visitors with relevant ads and marketing campaigns. These cookies track visitors across websites and collect information to provide customized ads.
Others
Other uncategorized cookies are those that are being analyzed and have not been classified into a category as yet.
SAVE & ACCEPT
Go to Top